Michael Nobrega retired as the President and CEO of OMERS on March 31, 2014, a position to which he was appointed on March 7, 2007. He also served as OMERS Chief Investment Officer from March 7, 2007 to December 31, 2009. From 1998 to the date of his promotion as OMERS President and CEO, Mr. Nobrega was President and CEO of Borealis Infrastructure, the wholly-owned infrastructure investment entity of OMERS.
Mr. Nobrega holds an Honours BA from the University of Toronto and a chartered accountancy designation from the Institute of Chartered Accountants of Ontario and the Canadian Institute of Chartered Accountants. He is a former partner of Arthur Andersen, where he practiced tax law in mergers and acquisitions and corporate reorganizations.
In 2012, Mr. Nobrega was appointed Chair of Ontario Centres of Excellence (OCE). A champion of leading edge technologies, OCE drives the commercialization of cutting-edge research across key market sectors to build the economy of tomorrow. Mr. Nobrega is also a board member of the Global Risk Institute which was established in 2011 to address issues related to systemic risk in the global financial sector.
Mr. Nobrega is a Fellow of The Institute of Chartered Accountants of Ontario which recognizes outstanding career achievements, as well as excellence in service to the community and the profession. Mr. Nobrega is also the recipient of the Arbor Award from the University of Toronto for outstanding community service.

The Portuguese Canadian Walk of Fame is located at Camoes Square, at the corner of College St. and Crawford. Positioned in the heart of a vibrant community of people of all backgrounds, it is intended to honour those of a Portuguese background who have made an impact and significant contribution to the advancement of Portuguese Canadian Culture in Canada.
It was inaugurated on June 2nd, 2013 during celebrations to commemorate 60 years of Portuguese immigration to Canada.
Each year three new inductees as well as one builder inductee will be honoured with a star in the Walk of Fame. Inductees will be chosen by a committee of individuals from recommendations based on a national survey. The ceremony will occur each year in June to commemorate Portugal Day.

Revista Amar: Mr. Nobrega welcome to Camões Tv, I would like to start to ask you to talk a little bit of you and about your roots, since you have a Portuguese last name.

Michael Nobrega: My family was originally from Madeira…and I think many generations ago, they were part of the colonial occupation of Latin America and Caribbean countries. My great grand grand-parents immigrated to a place called British Guiana, and I was born there. It was a British colony so English was the spoken language. Portuguese had been there many decades before that. I studied in English in British Guiana, which is now called Guiana. Later I emigrated to Canada, because my sister had come here, I had family here and wanted to continue my schooling. I came to Canada to go to the University of Toronto, where I major in Economics and Math. And then in time I became a chartered accountant, with one of the largest international accounting firms located in Toronto. After that I joined a very large financial institution, and became the president of one of their subsidiaries, and eventually became President CEO of that financial institution, my term as CEO lasted for 7 years. In mid 2014, I retired from the occupation, since then I have been doing my own transactions. I became in contact with Manuel Da Costa through Vince Nigro and relations that we had when I was handling business. I was invited to be a nominee and became an inductee, and I am very privilege and honored in being recognized that way. I haven’t had much contribution in terms of the Portuguese community, although my all parentage is Portuguese, but I have volunteered a lot in non-profit organizations, I continue to do that now and I am pro bono basis. That’s the Michael Nobrega short bio.

RA: To be recognized by the Portuguese Community, although there is not a big connection with the community, but still getting the recognition from the Portuguese Canadian Walk of Fame. What did it meant to you?

MN: First of all, it’s an honor to be recognized, I see that as a privilege and I tried, for the last 5 years, to be part of the community in a sense being active in the organization in the Portuguese Canadian Walk of Fame, I seat at the community meetings and I attended many functions as I can. But more important, hopefully what my induction into the Portuguese Walk of Fame would do is to encourage young Portuguese that there is no barrier to success. Your name, your language, your heritage shouldn’t stop you. It’s a matter of hard work, dedication, commitment and trying to do the right things all the time. That’s my hope.

RA: A year after your induction, your where invited to be a part of the members of the Board. And you accepted and have been with them for the last 5 years. The first question is, why did you accepted? And the second question would be, what have changed in the last 5 years since you are in the committee?

MN: I found it a way to give back a little bit, to give back in terms of my time, my contributions. I thought it was important having been recognized, given the honor, I should use my one of the god given talents I have to make a commitment back to the committee. I have done that, that’s the reason I have been seat in the committee and why I will continue, as long as I am welcome. What has changed over the time, I think we have become more focused in terms of recognizing, looking at candidates and potential inductees. We became more disciplined in terms of looking across the nation, Toronto is not necessarily the center of the Portuguese community, it could be Winnipeg, we have inductees from there. We send applications all across the country to see the best in class. It’s amazing… actually seated at the board table I have learned that there are some outstanding Portuguese Canadian in this country making a huge commitment and contribution, they are hidden as part of the Canadian mosaic, in terms of culture, they are an integral part of what makes Canada bi-cultural and I would say, a peaceful nation.

RA: What would you like to see happen or change in the next 5 years, in respect to the board and with the Walk of Fame itself?

MN: The first thing in the next five years in terms of the Walk of Fame, I would hope that would get a better recognition by the mainstream press, but I think that would take time. I think all of us in the community recognize that takes time to develop… anything that lasts for a long time just takes time to mature. One of the things that I would love to see is more mainstream recognition of the role that Portuguese play in Canada, and hopefully, the Walk of Fame itself. Would actually bring it out, as showed by other organizations that have done this, I refer to the one that they do on Downtown Toronto, around the Mirvish theatre on king Street, that toke about 10 years to develop and mature. I am hoping that this one will take us 10 years but I think we will get there.

MN: That’s a double edge sword, first of all if is not mainstream it’s hard to publicize it, because Portuguese Canadians are like any other Canadian…They are Canadian first and Portuguese second.
Seating where I seat at the board, I would echo an appeal to the Portuguese Canadians, specially those who have done well academically, in business, in the health care sector, that they would step up more, be part of the Walk of Fame. I think it takes a while… I have learned over the years that nothing that something that lasts a long time takes time to mature, the market will test you.

RA: To be nominated, what are the criteria that you are looking for?

MN: There is a mission statement for the Portuguese Canadian Walk of Fame, you have to make a contribution. The definition in such a way giver flexibility to the committee to make a decision. We do not try to pick individuals…we see applications across the country. The main requirement first is that someone has to be nominated by someone else and second, that nomination has to be supported by a writing stating why you wish this person to be part of the Walk of Fame. These nominations come from all over the country, the nominees are putted before the committee, the committee reads them all and makes a decision. We vote by majority. The majority wins in terms of what that person brings: A. to a recognition as a Portuguese, B. recognition to society as a whole.

RA: In the past, you had 3 and a builder. Is that a number that can be changed or you think that 3 a year is enough?

MN: I think right now we have to take the three and the one, and see how things evolve. I can’t speak for five years from now… I hope it might be bigger. I think as it becomes better known and more names come forward. There will be some Portuguese Canadians that would say that “is not high profile enough for me” or “I don’t see as privilege to be part of that”. That mind set has to change.

RA: The inductions will be on the day before Portugal Day, starting at 1 o’clock and going until 5. When the inductees will be called. What can the community expect from those nice 4 hours?

MN: It’s being planned right now, but in my understanding, we will have a show outside, we will have music, Portuguese dancers… showing a little bit of the heritage of the Portuguese Community. Hopefully that would be a lot of people, they are trying to close the street off. We have the whole community coming and joining the celebration.

RA: I would like to invite to leave a message to the community in general.

MN: I would encourage everyone to come by on that day and see what’s happening at 722 College St., have some fun, enjoy and mix with many Portuguese Canadians and try to learn a great deal as much as possible on the people who are on the wall and learn the reasons that we set up the Portuguese Canadian Walk of Fame. 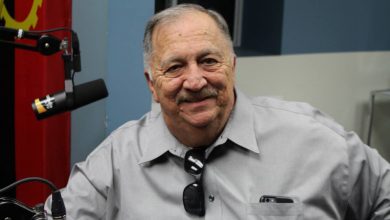 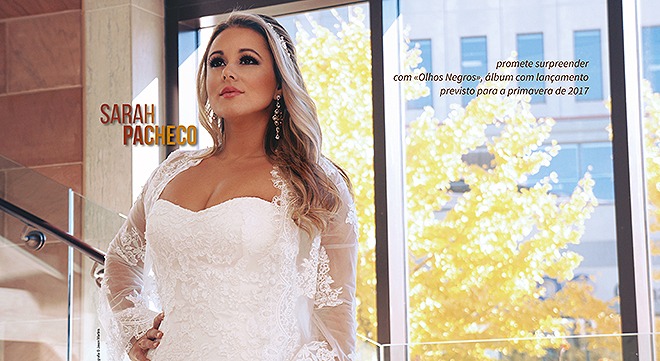 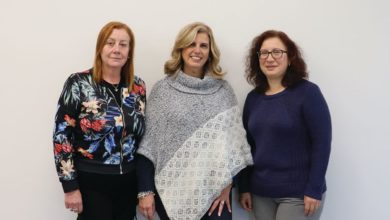 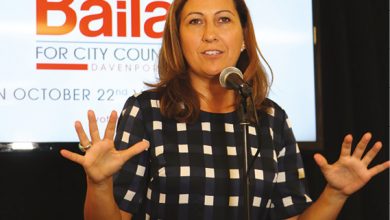